PAJ7620U2 is an integrated gesture recognition I2C sensor from PixArt-Imaging Inc. based on infrared. It also has built-in proximity detection and can sense various properties like position (x,y,z) and speed.

Gesture recognition seems to be more stable than with the APDS-9960, which on the other hand is a lot cheaper.

After a reboot the driver will detect the PAJ7620 automatically.

After restart Tasmota needs some time to completely configure its state. In this time frame it is likely to miss some gestures. This should stabilize after a few moments.

To use the sensor you need to switch to the desired mode of operation with Sensor50 <x> where <x> = 0…5. It will not appear in the webUI but it can be observed via MQTT messages in console.

Sensor muted, no readings in Tasmota.

As expected, "Near" and "Far" gestures are tricky and you have to train your movements to catch them. Sometimes the sensor reports "Near" and "Far" at once (which will be discarded).
There is some postprocessing to allow the object (hand or finger) to move into the sensing area and delay the initial direction report (up, down, left, right) to give the chance to trigger (the intended) "Near" or "Far" movement. Especially "Far" is a bit harder to achieve.

Arbitrary values between 0 (far away) and 255 (very near) are given. Exit from the sensor field will always give at least one "zero message". tele is only triggered, when the value has changed.

Sensing area is organised in quarters. An object in one of the corners will trigger the corresponding number.

A fluent movement of an object through a given sequence of corners (similar to unlocking a smartphone) will trigger a valid "PIN". The next corner must be reached in about 0.7 seconds.

Shows x- and y-coordinates. Mainly intended for debugging and "seeing" the sensing area. This reads only the upper 5-bit-values, which automatically removes much of the jitter, giving values between 0 and 15.

The sensor provides some more goodies, like velocity of an object, so if someone has a fancy use case for this, feel free to open a feature request. Of course it would be possible to mix the modes, but this can produce a lot of MQTT-messages. This could be added later upon user request (based on real world use cases). 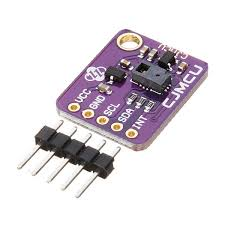 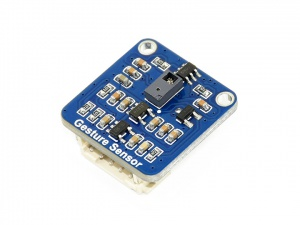 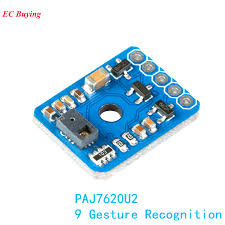 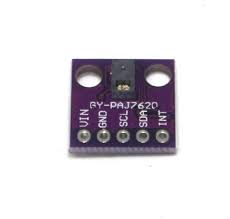